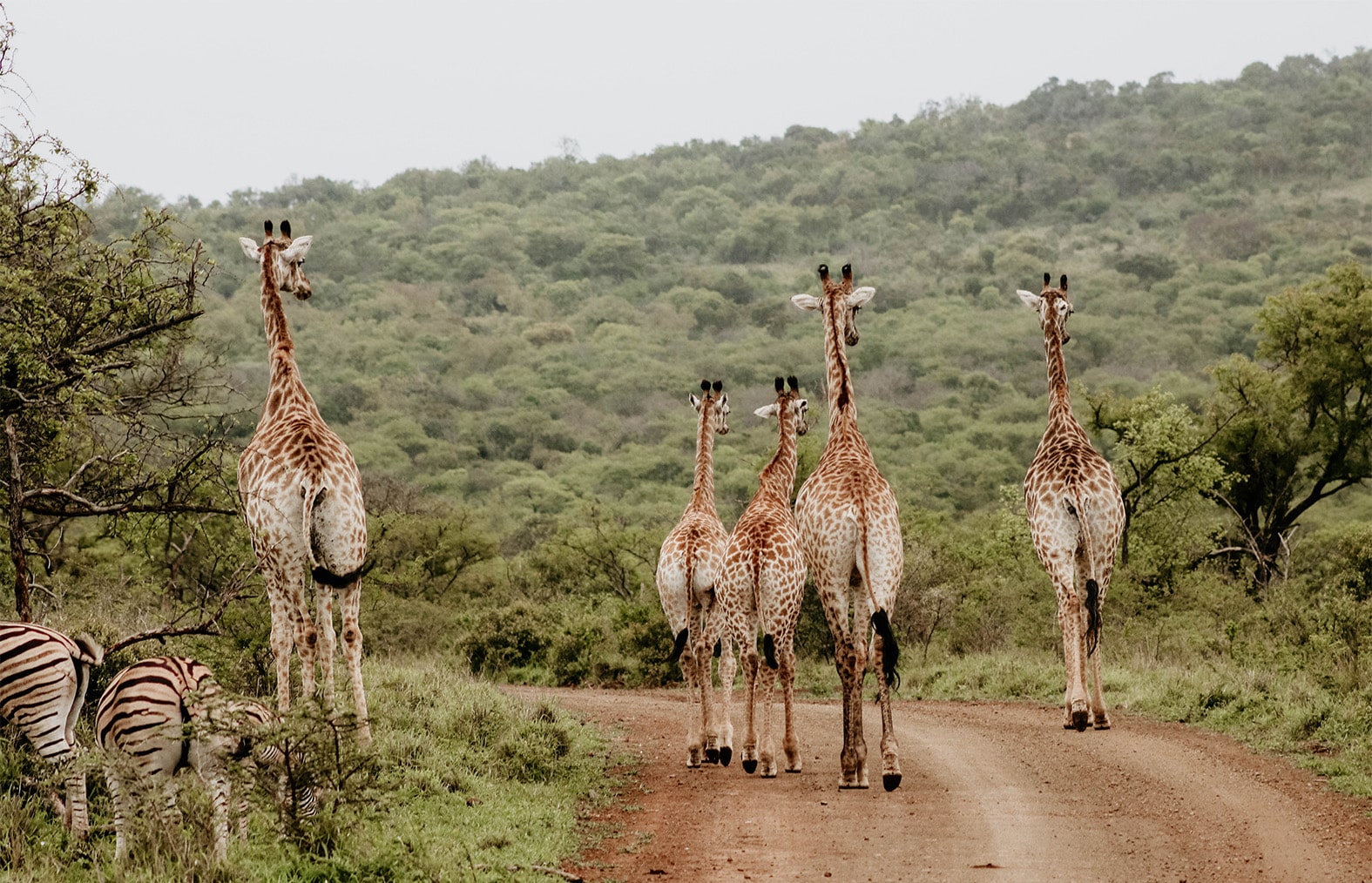 Giraffes –the name believed to be derived from the Arab word zarafa meaning ‘fast walker’ – have captured the human imagination for millennia. The Roman poet Horace opined that the giraffe’s unique appearance resembled that of a camel with leopard markings, which together with its Arabic name gave rise to the scientific title Giraffa camelopardalis. The earliest human association with giraffes are recorded in the 9,000-year-old rock carvings of northern Niger. The forebearer of the two extant members of the family Giraffidae (the modern-day giraffe and the Okapi of West Africa) lived some 30-50 million years ago in the forests and plains of Europe, Africa and Asia. Their progression to the long-necked, elegant animals of the present day was a gradual one. It is interesting to note that giraffes have not always had the long necks we now associate them with. According to the fossil record the lineage, which later gave rise to the relatively short-necked Okapi, split from a common ancestor around 14 million years ago. Thereafter neck elongation began in the lineage from which giraffes evolved to their modern proportions about 5 million years ago. How giraffes evolved their long necks has been the subject of debate dating back to the early days of evolutionary theory. In truth, it continues to be something of a mystery, with scientists still not in complete agreement as to its genesis.

There is however consensus when it comes to the adaptations that giraffe physiology has had to undergo due to this uniquely long neck; the most remarkable of which are to its circulatory system. For blood to reach the brain it has to be pumped ‘uphill’ for at least 2 metres (by comparison an adult human heart has to pump blood only around 35cm to achieve the same end!) So how does a giraffe achieve this feat? The answer, by applying pressure. Relative to their overall size, a giraffe’s heart is not abnormally large. What is exceptional about it though is the thickness of the wall of the left ventricle – the chamber of the heart that pumps blood around the body. Just 11mm thick in humans it can be as much as 80mm thick in a large bull giraffe!
This allows the heart to pump blood out under extremely high pressure, thus overcoming both the effects of gravity and hydrostatic pressure. The blood vessels close to the heart are prevented from exploding under such high pressure by an elastic coating 12-15mm thick, which decreases progressively as the distance from the heart increases.
Giraffes also have a complex blood pressure-regulation system. When a giraffe bends down to drink, a series of one-way valves in the jugular vein prevents blood from flowing back into the brain. On the other hand, a specialised structure at the base of the skull – called the retemirabile caroticum – collects blood from the external carotid artery and regulates the quantity of blood released into the head as it bends over. This prevents a catastrophic rise in pressure in the brain. It also works in reverse. When the giraffe raises its head quickly, the rete mirabile caroticum stops blood from draining out of the brain too rapidly. The presence of inflexible collagen fibres around the blood vessels and a tight sheath of thick skin around the lower leg also help prevent blood pooling in the lower extremities – properties which were studied extensively by NASA scientists whilst they were developing astronaut’s anti-gravity suits.