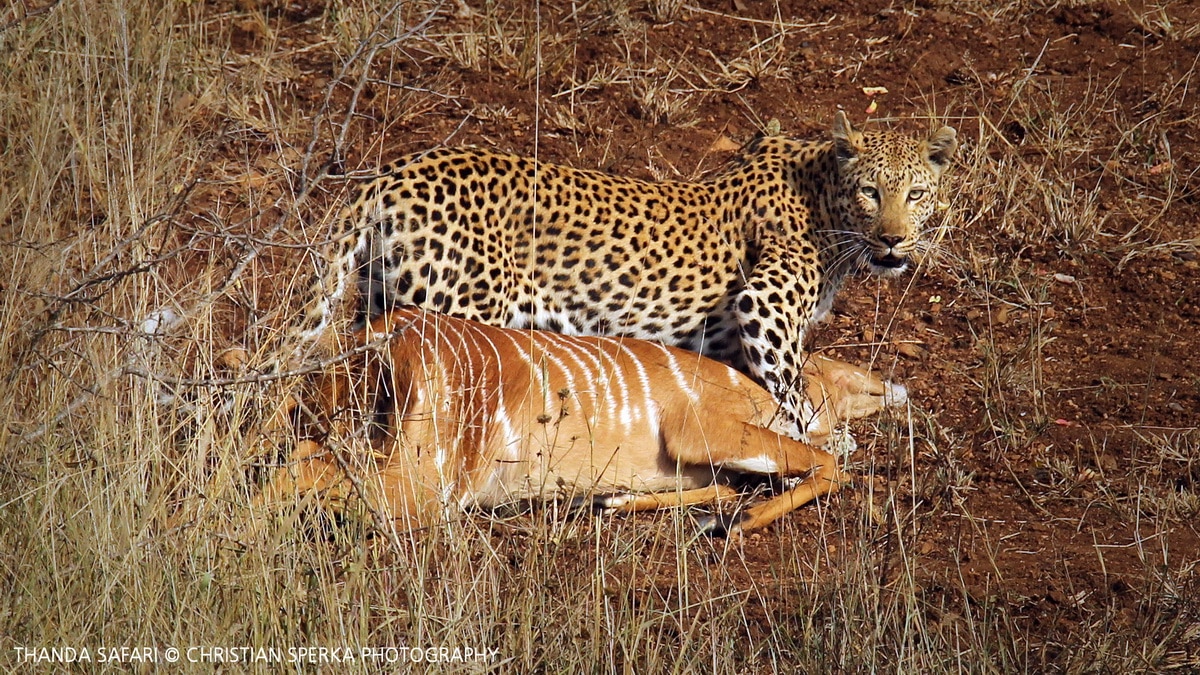 I am not the luckiest field guide when I comes to Leopards. These shy animals love to hide from me and I only get a good sighting every few month.
Well, May 2017 is such a month!
As I drove past one of Thanda Safari’s waterholes I saw an Nyala female running across the road. When I looked into the direction from where she came I saw another Nyala in the high grass with all four legs in the air. The animal was kicking, but made no sound. A few seconds later it became clear why she was silent. A young Leopard female had her by the throat. Once I got my camera out the Nyala was already dead.
The young Leopard, being aware of my presence on the dam wall, started immediately to drag her kill up the bank into the thick bush. The carcass was far heavier than the young Leopardess, but with five breaks to take breath she managed to get the Nyala into the undergrowth and out of sight. Before she finally disappeared she gave me a snarl.
The small video below is a collage of pictures and some short video footage. I hope you find it interesting! 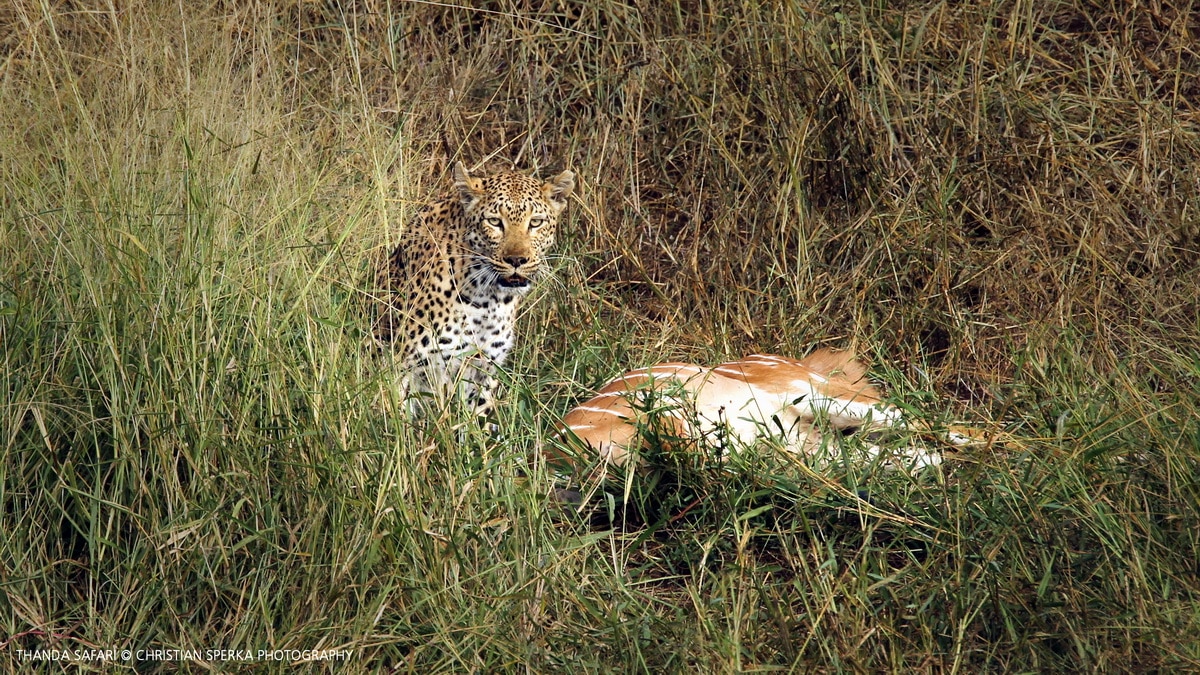 Having a rest after the kill 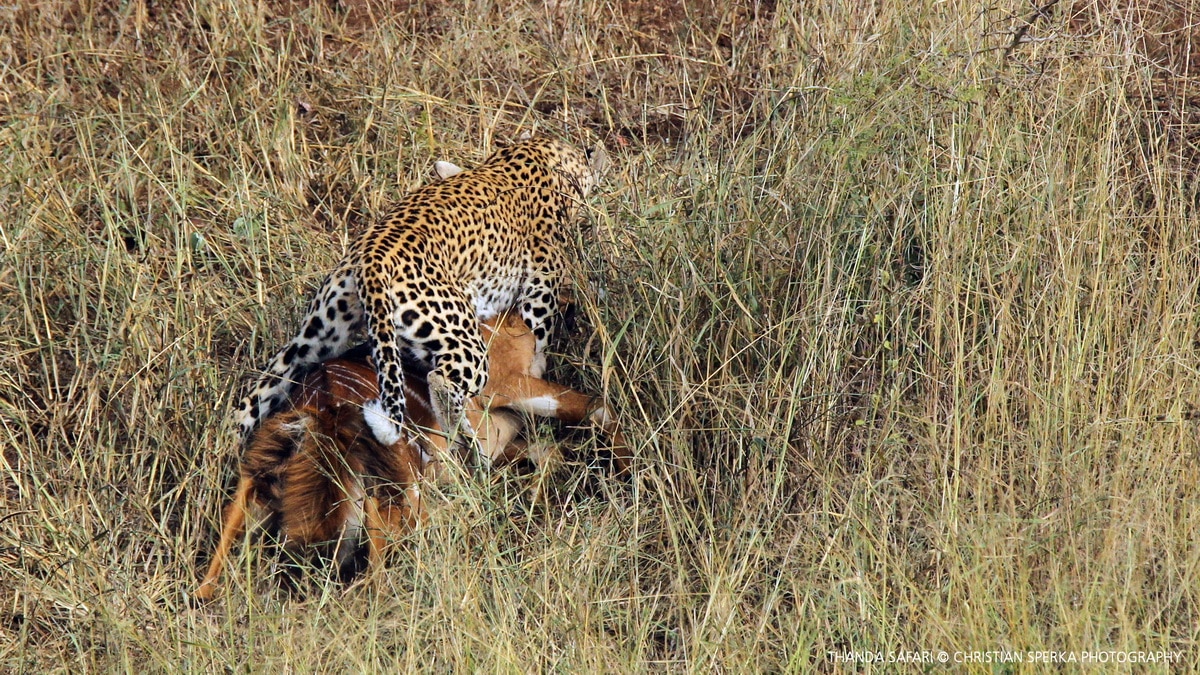 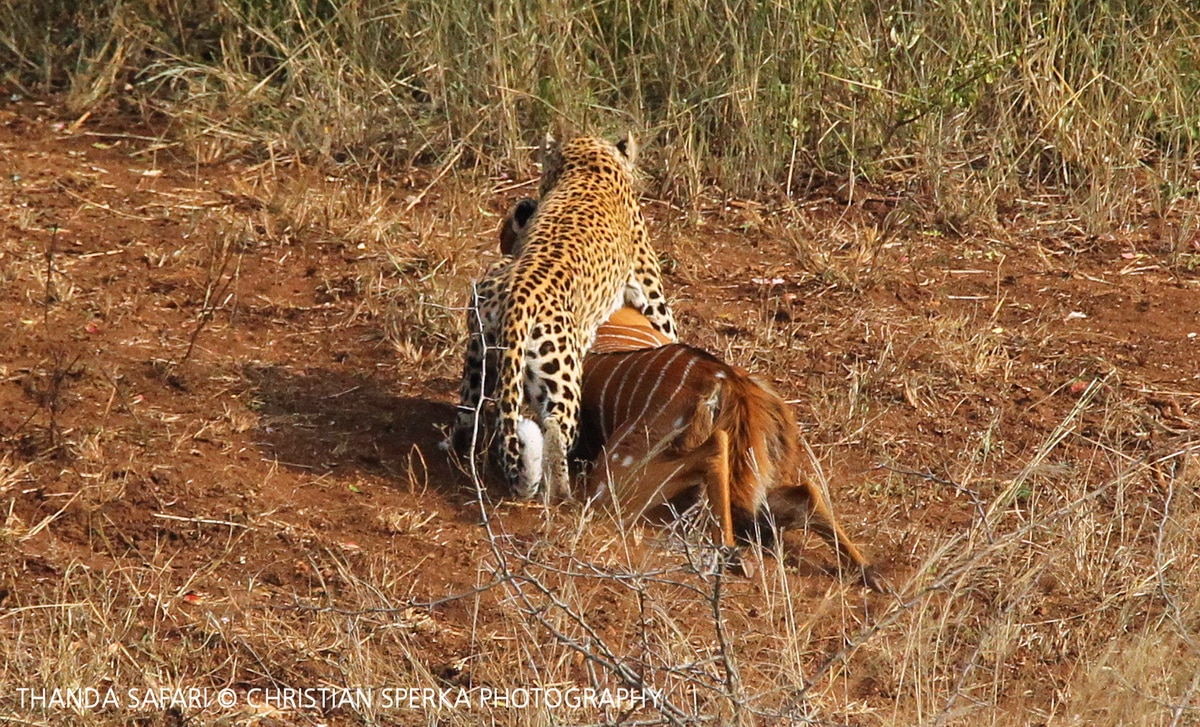 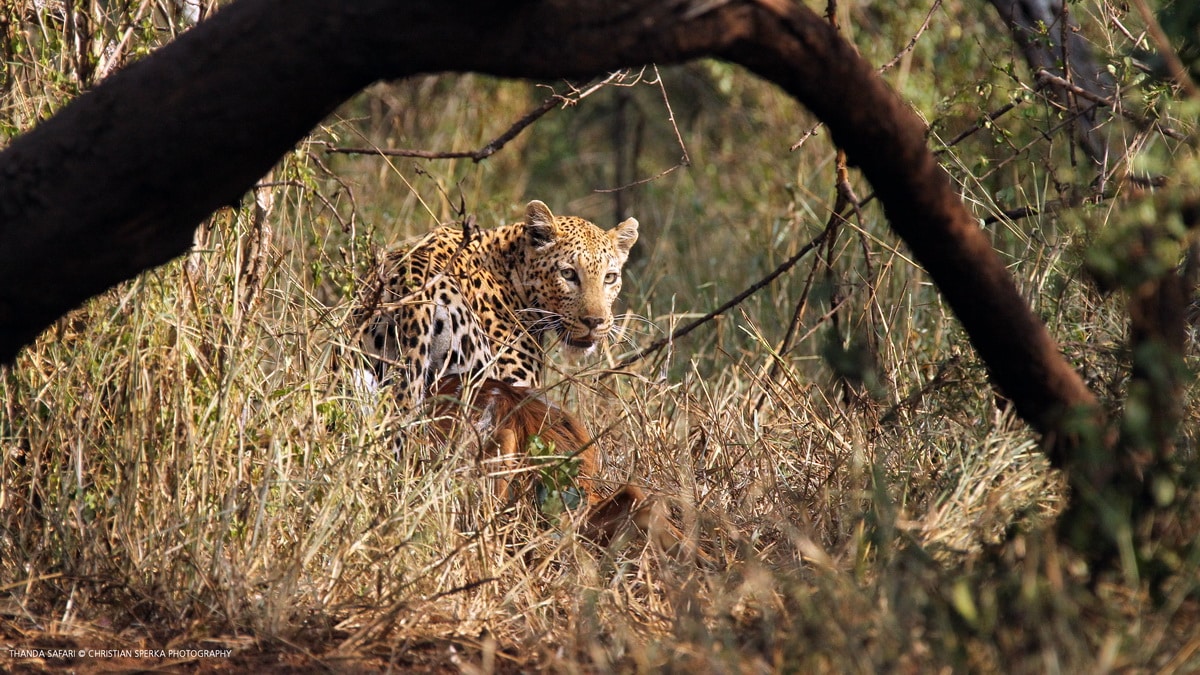 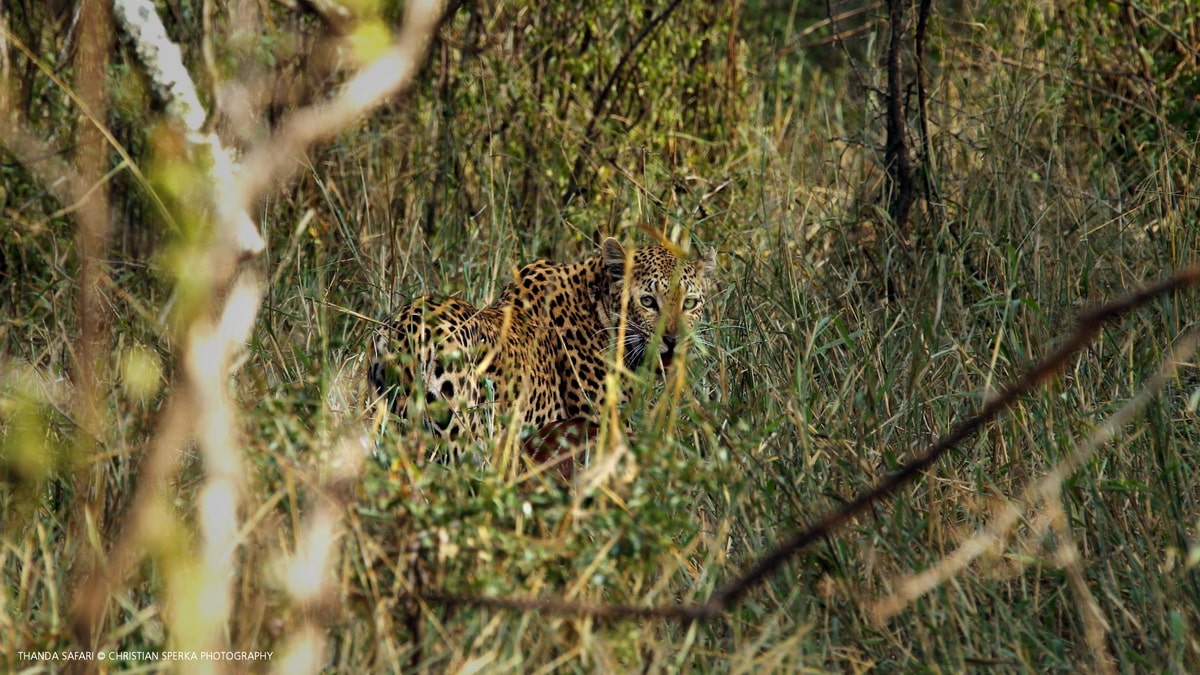